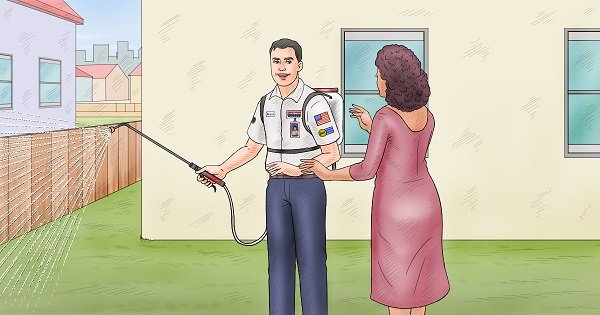 Service Champions technician Fred was talking with his client at her Yorba Linda home and she was telling him about her new weed sprayer. It was supposed to be really helpful, but so far she wasn’t able to make heads or tails of it.

“Why don’t you let me take a look at it?” Fred said. “I might be able to figure out what’s going on.”

She was happy for the offer.

Fred could see it had a battery-operated pump to get the weed killer ready to spray. There were also a few knobs that needed adjusted. Once he had the knobs set correctly, he switched on the pump and saw it was working smoothly.

Fred demonstrated for the homeowner exactly how it worked so she could easily operate it whenever she wanted.

The homeowner was especially appreciative because her time was limited as she was preparing to travel.

“I fixed her faulty thermostat and then got her weed sprayer working,” Fred said. “She was thrilled to have these things out of the way, so she could move forward with preparing for her trip.”

Fred, thanks for taking the time to listen to your clients and find those little things you can do to make their lives a bit better – that’s another Good Deed For Free!